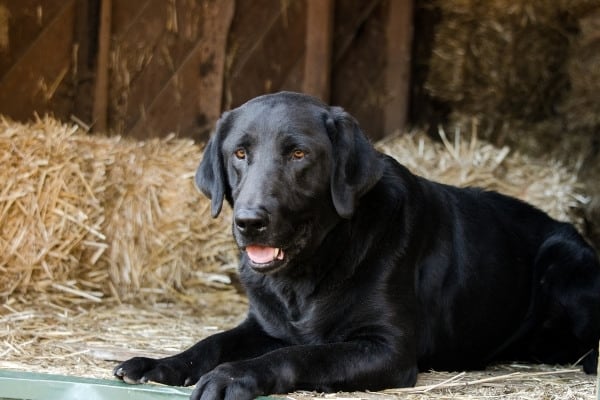 Every dog ​​owner wants to take care of their dog, but it can be frustrating when your pup likes to eat food they shouldn’t eat, like litter, rotting carcasses, or offerings in the cat’s litter box.

In cases like that, you know to stop the behavior immediately, but what happens when you discover your dog is eating a natural food that many other animals routinely eat, like hay?

can dogs eat hay? dogs should not eat hay for several reasons: hay does not provide adequate nutrition for a dog; it is not part of a dog’s natural diet; A dog’s teeth are not designed for chewing hay; hay could cause clogging, choking, or other health problems; and hay can contain dangerous mold or harmful preservatives.

Let’s look at why letting dogs chew hay may not be a good idea and why some dogs seem to like eating it.

why dogs should not eat hay

Hay, which is usually made from the stems, leaves, and seeds of various plants, is used to feed many different animals, but here’s why you may want to exclude it from your dog’s diet.

1. hay does not provide adequate nutrition

While hay is a common animal feed and contains a variety of beneficial nutrients for animals, that doesn’t necessarily include dogs.

hay is not the type of food that can give your dog the essential nutrients he needs.

While some types of hay have several good nutrients for dogs, it’s just not enough. it’s smarter to feed dogs the kind of quality food that can promote their overall health.

2. dog’s teeth are not designed to chew hay

Like most carnivores and omnivores, dogs have sharp incisors, long, pointed canines, and only a few molars on the back. its sharp, pointed teeth work well for cutting meat.

Unlike many herbivores, such as cows and horses, with broader, flatter molars designed for eating and crushing plants, dogs do not have enough molars to chew or molars wide enough to eat hay.

3. hay could cause blockages, choking or digestive upset

Without the right set of teeth to chew and grind hay properly, eating it can be a major choking hazard for dogs.

When ingested, hay can cause choking or obstruction in the intestinal tract, which can cause further health problems.

Eating hay can also cause an upset stomach in dogs, which can lead to vomiting or diarrhea.

If your dog is eating hay and you notice these symptoms and others, such as loss of appetite and lethargy, it’s best to take your pet to the vet.

4. hay may contain mold or preservatives

Another reason it’s not a good idea to let dogs eat hay is that hay can contain mold, which can lead to respiratory problems and even toxicity.

Even if they don’t eat it, breathing moldy hay can cause allergic reactions in dogs. can cause coughing, shortness of breath, decreased appetite and vomiting.

hay can also contain preservatives, which can also trigger allergic symptoms in dogs, some of which can be fatal.

5. hay is not part of a dog’s natural diet

Hay, simply put, is not part of a dog’s natural diet. Although omnivorous in some respects, dogs are natural carnivores and cannot digest high-cellulose plants such as hay.

They also don’t have the bacteria and other microscopic creatures in their intestines that can help break down the cellulose in their diet, unlike other animals that eat hay, such as goats, cows and horses.

what happens if my dog ​​eats hay?

If your dog ate hay once and seems fine after careful monitoring, then there’s not much to worry about.

However, if your dog eats a lot of hay or eats hay regularly, that’s never a good sign.

If you notice your dog feeling unwell with symptoms such as decreased appetite, lethargy, shortness of breath, and nosebleeds, it may be because your dog ate too much hay.

Take your dog to the vet as soon as possible. 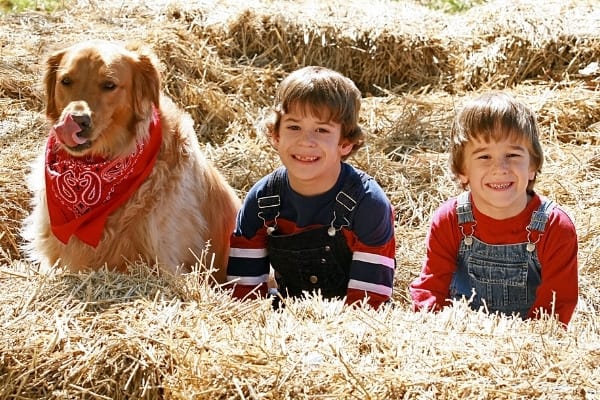 Some dogs may rush to chew on hay even after they’ve been fed a healthy meal. it’s because hay has an odor that can be irresistible to some dogs.

Other dogs will eat hay as a way to fill in some unmet nutrient deficiency in their diet.

Read more: This Is How to Cook Chicken for Your Dog | PawTracks

You might consider it a good source of natural fiber to help with an upset stomach or improve your bowel movements.

Is any type of hay good for dogs?

There are two types of hay that some believe dogs can eat without experiencing major problems: timothy hay and alfalfa hay.

Both have several essential nutrients and are a good source of fiber, but it is not recommended that your dog eat either.

Is hay good for dog bedding?

While hay is a great insulator, there are many downsides to using hay for your dog’s bedding. For one thing, hay is prone to mold and dust, which can cause respiratory problems.

Hay is also easily moistened and can become a home and breeding ground for a variety of insects.

Can dogs be allergic to hay?

Some dogs can be allergic to hay, which can be due to pollen or mold.

Allergic reactions can occur when dogs eat or just come into contact with hay. reactions can include sneezing, wheezing, and even nosebleeds.

Some people consider alfalfa hay to be generally safe for dogs to eat, but strictly only in small amounts.

It has many vitamins and minerals, but alfalfa is also high in calories, which increases the risk of obesity in dogs.

Plus, dogs just aren’t designed for hay and there are plenty of other healthy options you can feed your dog.

what to put in a dog house as bedding?

The main purpose of bedding in the doghouse is to provide cushioning. Some great options for that include a dog bed, blankets, kennel pad, or wood chips.

In particular, wood chips can provide comfort and keep your dog’s house warm, which is always a plus.

Although timothy and alfalfa hays have several beneficial nutrients for dogs, there are simply many risks associated with dogs eating hay, such as gastrointestinal problems.

Therefore, it’s best not to allow your dog to eat hay, no matter how much he seems to enjoy it.

See also: Do anti-anxiety pet wraps such as the Thundershirt really work?